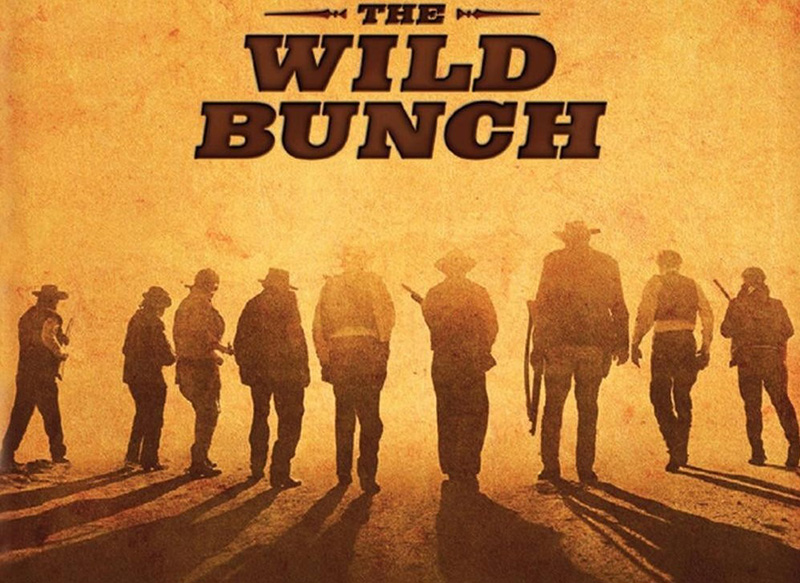 Sam Peckinpah’s 1969 western, The Wild Bunch opens with William Holden leading his gang of outlaws into town to rob the railroad office of a payload of silver. The group is ambushed by a posse hired by the railroad company, resulting in a bloody shootout that kills off several of the gang. The surviving Wild Bunch rides out of town back to their hideout where they meet up with another gang member, Sikes, played by Edmond O’Brien. Sikes asks what happened back at the town and is told, “They set it up.”

He replies with a sneer, “Who the hell is They?”

Good Movie … and a good question for all of us amateur historians/researchers.

The textbook answer, “The United States of America is a Democratic Republic owned by the people, powered by the will of the people.” will only satisfy the terminally naïve.

Taking the lead from All The President’s Men … follow the money.

“In terms of types of financial wealth, the top one percent of households have 36.7% of all privately held stock, 63.8% of financial securities, and 61.9% of business equity. The top 10% have 85% to 90% of stock, bonds, trust funds, and business equity, and over 75% of non-home real estate. Since financial wealth is what counts as far as the control of income-producing assets, we can say that just 10% of the people own the United States of America.”

The “old money” that created dynasties for the most part came from old crimes … and the proceeds from war. The patina of age refined this blood money and created the strange gentility of our ruling class.

What new dynasties have been created from the crime of denying our health insurance claims? In 2007, the CEO’s from seven health insurance companies received well over 1.2 billion dollars in compensation. The CEO of Aetna, Ronald Williams, made $467,309.85 per week.

The power of The Corporatocracy transcends elections … and national boundaries

It is the greatest political power in the world.

A foreign corporation, the British Petroleum Company, tried to get President Truman to use the CIA to overthrow Prime Minister Mosaddeq of Iran, but Truman refused. In 1953 however, President Eisenhower acquiesced and the CIA embarked on its first covert operation against a foreign government … and Mosaddeq was ousted.

The next year United Fruit Company, aka Chiquita Banana, pressured Eisenhower to use the CIA to overthrow Jacobo Arbenz Guzmán, the democratically-elected President of Guatemala. And Their Will Was Done. And The Corporatocracy trained Death Squads maintained control.

The President of The United States is the most powerful man in the world only to those who are historically illiterate.

The Corporatocracy has caused the deaths of millions. Through their deliberate actions whole nations have been plunged into soul-killing poverty. They have polluted our air, land, water, and food. It is not an original idea but … The Corporatocracy is a Psychopath. And like a psychopath it is completely indifferent to the destruction in its wake.

The Corporatocracy doesn’t care about whether or not we get eaten alive by untreated cancer or if the additives in our food cause cancer. They don’t care if we lose our homes or die in a war they engineered.

Their indifference is maddening. It would be almost more palatable if they hated us. It would almost make sense then. But it’s not personal … it’s only business.

They have been thwarted only when finally the people couldn’t take it any more and demanded that they stop. But that was in the previous century when Americans joined together and demanded fair wages, reasonable working conditions and hours, and basic civil rights.

The only way to successfully fight The Corporatocracy is for us to realize … again … that without our consent … without our labor … The Corporatocracy’s agenda Will Not Proceed. When letters, phone calls, and email to our elected representatives, bought and paid for by The Corporatocracy, result in … nothing … it’s time to start doing things differently. When will we understand that the beginning of the solution starts with a National Strike?

But let us at least have the courage to ask questions. At least we can ask The Beast what it is like to be The Beast. From everywhere on the planet … wherever The American Empire brought hell on Earth because it was “Good Business” … we should question them. From the blood-soaked earth of Southeast Asia to the rubble in Iraq … From the killing fields in Central and South America to a balcony of a motel in Memphis or the bullet ridden kitchen pantry of a hotel in Los Angeles … we should ask them:

What is it like to stand in absolute darkness with no stars above you and no cold capable of bothering you … and not suffer the uncertainty that comes from feeling the presence of monsters … to know, instead, that you are the greatest of monsters … and that the shadows hide nothing more dangerous than yourself?

And finally ask them the same question put to the railroad baron in The Wild Bunch, “How does it feel to be so goddamn right?”