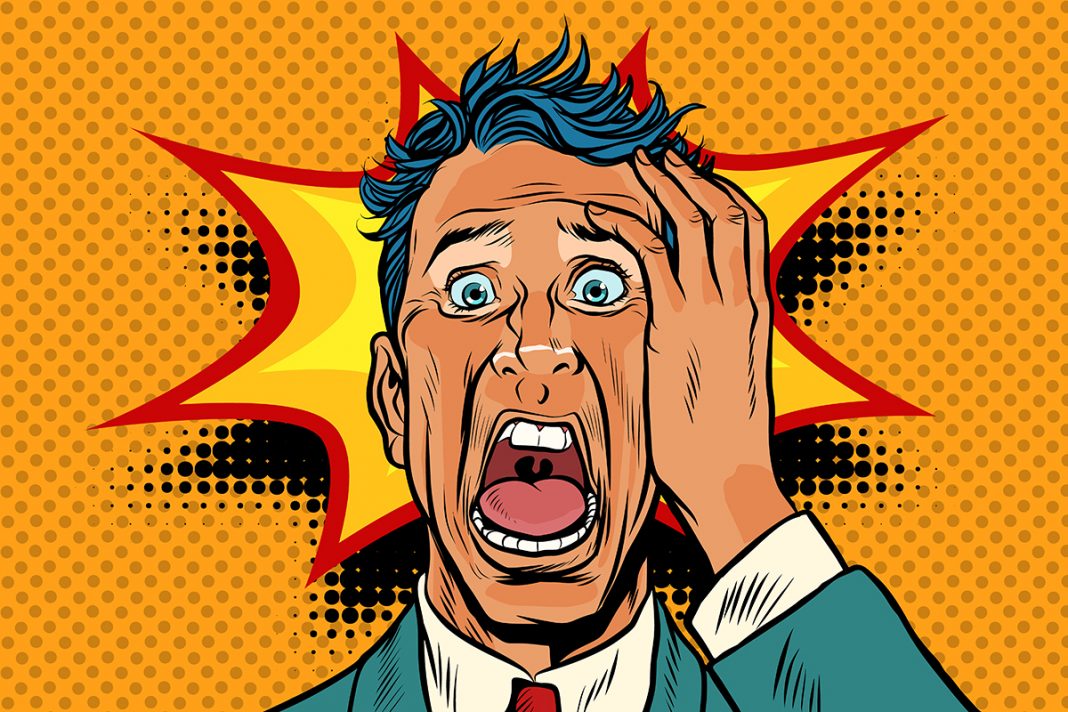 Here we all are three years after Fucko the Clown was sworn in as president and I don’t know how any sane person living in the US can get through the day without having a major full-blown panic attack.

I read news from the US every goddamned day and don’t understand it at all. I understand The News all right … it’s the people’s reaction to the news I don’t get. If I still lived there I would Freak The Fuck Out Monday through Friday and weekends too. But I don’t live there. I don’t live in the country where Fucko’s approval rating, according to the latest Rasmussen Reports poll, is at 50 fucking percent.

Stephen King says that Fucko the Clown is scarier than his novels.

I’ve read just about everything Stephen King has written and when it comes to terror, dread, and horror, he knows what he’s talking about. For those who have somehow never read anything by Stephen King … when he says Fucko is scarier than anything he’s ever written … believe him.

Every once in awhile I’ll re-read one of King’s novels the same way I’ll rewatch Psycho, Frankenstein or Night of the Living Dead. For me, in these strange and terrible times, reading Stephen King and watching old horror movies is an escape.

A few nights ago I was reading King’s Desperation. I came across a passage that I thought not only perfectly described what it must feel like to be with a group of survivors trapped in the hellish town in the novel, but what it would feel like if I still lived in the US:

“He was sweating, though. Sweating the way he had in ‘Nam sometimes. It wasn’t the heat, although it had been hot, and it hadn’t been the fear, although you were afraid even when you were sleeping. Mostly it had been the sick sweat that came with knowing you were in the wrong place at the wrong time with fundamentally good people who were spoiling themselves, maybe forever, by doing the wrong thing.”

The reason horror movies are about an hour and a half long is because none of the lead characters will ever say in the first 15 minutes:

Why don’t we just get out of the house?

Because if the lead ever said that – problem solved, no more movie, get your ticket refunded, and who wants to go to Applebee’s?

But the audience wants to see The Thing Behind The Door, so for the next hour or so, things go very badly for everyone in the house. In the last half hour of the movie maybe one of the secondary characters might say, “We gotta get out of here!” but that usually happens right before The Thing bursts out from Behind The Door and rips somebody’s face off.

But what’s happening Right Now in the US is not a movie and it’s pretty scary.

“fundamentally good people who were spoiling themselves, maybe forever, by doing the wrong thing.”

About half the people in the country are The Things Behind The Door and if that isn’t the perfect setting for a horror movie I don’t know what is.

The election is 257 days from today (February 20th). While every sane person should be working hard to throw every fucking Republicans out of office … what will the Donor Class and Fucko and his handlers be doing over the next 257 days? A better question is what will Fucko’s supporters be doing?

And that, friends and neighbors, is the setting for an epic horror movie sequel.

I don’t know what it will be called, but I think it might have the word ‘Revenge’ in the title.