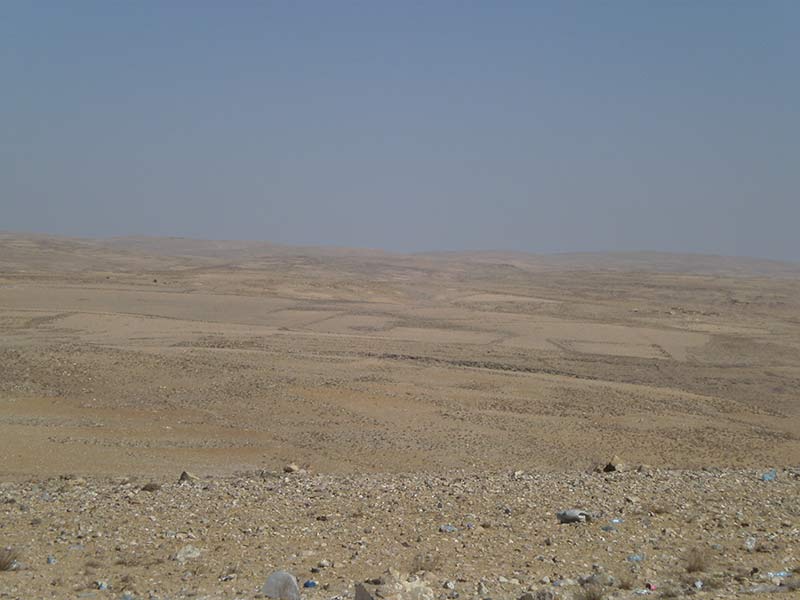 Hitchhiking Across the Plain of Megiddo

We know it’s stupid to damage the resources we depend on to survive. We would all agree not to poison the air, water, or land. We won’t poison our food. If or when we find out that some of the things we do harms the environment … we don’t “regulate” those activities … we stop doing them.

“Before the beginning, after the great war between heaven and hell, God created the Earth and gave dominion over it to the crafty ape he called man” and to each generation was born a Creature of Light and a Creature of Darkness” and great armies clashed by night in the ancient war between good and evil. There was magic then. Nobility. And unimaginable cruelty. And so it was until the day that a false sun exploded over Trinity, and man forever traded away wonder for reason.” — Season One opening narration from the HBO series Carnivale

I don’t buy into the “god” part, heaven and hell, or the idea that after the bomb humanity embraced reason. But the seemingly forever war of Good vs. Evil … resonates.

For the last week I’ve tried to jettison some words from my day-to-day vocabulary. Old habits die hard but the mind experiment is interesting. Try it yourself. For one week don’t use these words:

Democrat, Republican, Liberal, Conservative, Right Wing, Left Wing, or any other label like Left of Center, Center, or Right of Center. Get rid of all quasi-political descriptors. Because they don’t really work anymore. They’re not very accurate or applicable. If I needed you to take care of my dog you’d need to know if I was talking about a Great Dane or a Chihuahua. Just saying “dog” isn’t good enough. These days our political labels don’t really tell us anything. And while we’re at it let’s get rid of all the “-ists” and “-isms.” Socialism/Socialist, Communism/Communist, Capitalism/Capitalist, and Fascism/Fascist, are so emotionally charged some of us can’t think straight when they’re plopped into a conversation.

Now that we’ve got those words out of the way … let’s perform another mind experiment. Let’s design A New Society. Not an over-reaching Utopia … just a place where you’d like to live. What would make up the basic foundation of such a place? Where to start?

We begin with the environment. We know it’s stupid to damage the resources we depend on to survive. We would all agree not to poison the air, water, or land. We won’t poison our food. If or when we find out that some of the things we do harms the environment … we don’t “regulate” those activities … we stop doing them.

If we have to trade our time, labor, and autonomy away for a job, then that job must pay a living wage and be a safe place to work.

We believe everyone needs the basic necessities in order to have a good life. Now we have to define what that means. Health Care. Not access to Health Care — Health Care. We need good schools for our kids from pre-school to college. Public Housing isn’t interchangeable with “slum” and Public Transportation means we could leave the car at home without being penalized by waiting interminably at a bus stop.

We don’t have to start from scratch. Just Google “Free Public Housing” or “Free public transport” and you’ll find cities all over Europe that have implemented these things. Bill O’Reilly and other media gasbags might rail against the evils of “Nanny States” but Germany and Scandinavian countries provide more social services to their people than anyone else, and they’re are also doing better economically than anyone else. It pays to take care of people. These aren’t — or shouldn’t be — partisan issues. Universal Health Care is definitely not a Republican talking point. But it’s not a plank of the Democratic platform either. It’s an idea that just makes sense. No political label needs to be applied.

So now let’s imagine a government. Not a huge federal bureaucracy … but something more like a town meeting where we’ll discuss what we’re going to do. Nothing complicated. Just a voice vote of Yes or No. For this example if anyone votes “No,” the motion is defeated.

We begin by voting on keeping our water supply unpolluted. A voice in the back shouts out “NO.”

Next we vote on not poisoning the land. The same guy shouts out “NO.”

How about cleaning up the air? NO!

Eliminating toxins and genetically modified organisms from our food supply? NO!

Public schools, housing, and transportation? NO, NO and NO!

And so it goes — motion after motion — regulating or reforming the media and financial institutions — NO!

What about accountability for those who commit huge scale financial fraud and war crimes? NO!

Even the most basic element of the electoral process, a voter-verified paper audit trail, goes down to defeat with a resounding HELL NO!

Who is this guy?

He is absolutely and completely against everything we would need to build a decent way of life. Not only is he against all social reforms, he wants to destroy our planet. He wants to pump even more carbon into the atmosphere and accelerate global climate change. He wants to pump millions of gallons of toxins into the Earth to get at natural gas. He wants to punch more holes into the ocean floor and suck out the oil. Regardless of the inestimable damage done … he wants to do more.

Who is this guy?

He’s insane. He’s dangerously insane. We know this because he lusts after all this destruction for the craziest of reasons. He’s doing it for money. Which only would make sense if you could eat, drink, or breathe … money.

He wants to bring the Earth to a state where it can no longer support life. And along the way he wants us to be poor, sick, stupid, and soon enough dead.

He’s our relative, a co-worker, our boss, our neighbor, our mayor, our congressman, senator, or president. He’s a CEO, a lawyer, a banker, a newspaper publisher, or head of a network.

His “NO!” vote nullifies all of our plans, while his continue unhindered.

It is an oft used tactic to demonize the enemy. It makes it so much easier to shoot at them. But I think it would be best if we “humanized” our enemy. Our enemy is insane. His gargantuan stupidity has elevated him to what I can only call “evil.” He possesses a malevolence that is at its core anti-human … anti-life.

Are we headed towards a reckoning on the plain of Megiddo where great armies will clash by night in the ancient war between good and evil? Do we need to wait until we’re at the brink? Or could we take an different path? What if we turned to our relative, co-worker, boss, neighbor, or president and said …
NO! We are not going to cooperate in our own destruction! And from that moment on … we DO NOT cooperate in our own destruction.

What Would Happen Next? For our sake (or if there is to be a future), we have to find out.

In the early 70’s the Firesign Theatre came up with George G. Papoon, a presidential candidate from Natural Surrealist Party. His slogan was, “Not Insane.”

How I wish I had voted for him.

The Best E-cig in the World Part IV