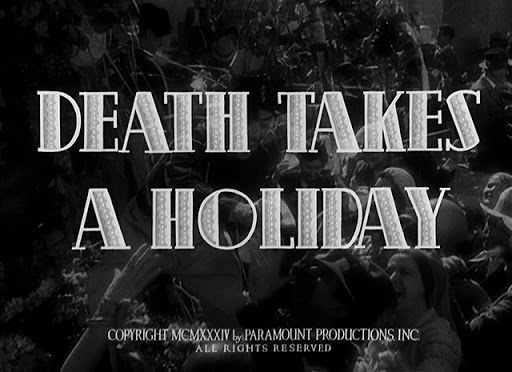 Before I became (mostly) vegan, my favorite breakfast was a couple of eggs over easy, hash browns, buttered English muffins, bacon, a couple of sausages, and a mug of black coffee. And don’t skimp on the hollandaise sauce poured over the eggs and potatoes. That plate of cholesterol and fat is an express train to a heart attack or stroke and the combination of nitrosamines found in the bacon, sausages, and coffee is a carcinogenic time bomb. But I’m not talking about Death for Breakfast here. I’m talking about Death at Breakfast.

Death, The Pale Rider, The Grim Reaper (whatever you want to call he/she/it) is my new house guest.

Death—minus the black hooded cloak, scythe, and skeletonized visage—has moved into my house. Over the last year or so I’ve been having Death at breakfast, Death at lunch, Death at dinner, and Death when I go to sleep.

During the day he (yes, Death in my case is a ‘he’) is a fairly unobtrusive gent. He doesn’t sit at the table where I take my meals. He’s over on the couch reading a book, or the newspaper, or scrolling through his phone. Maybe he’s texting or checking his email. Imagine that. Death gets email. And who the hell could Death be texting? His stock broker? Sometimes I’ll look over at him and he’ll look up and give me a nod and a wink and then go back to his reading.

What’s Death like? For all of you who don’t know much about Death, let me tell you about how he appears to me. First off he dresses much better than I do. He’s color coordinated. Esquire articles have been written to show men how to dress as well as Death. Most guys have to learn how to dress well. A few seem to have always known. Death is one of those guys. My idea of dressing well is making sure my shirt, pants and socks are clean. That’s it. I’m good to go. Death on the other hand is more particular in choosing his wardrobe. He doesn’t wear a suit but his sport-coat, slacks, shirt, tie and vest, always look good. His shoes probably cost more than what I’ve spent on clothes over the last ten, no, make that twenty years. His sport-coat is draped over the couch’s armrest, his vest is unbuttoned, and his tie is loosened. Death is relaxed while he reads. If I had to pick a couple of words to describe Death’s demeanor I’d have to say Death is patient and content.

I wouldn’t say he is handsome in a Cary Grant/Paul Newman in their prime kind of way. He’s more like the generic WASP-ish look Gary Hart or John Edwards had way back when they were trying to be president. But Death is older and carries himself as someone who would never lower himself to the level of a politician. Unlike Mitt Romney … Death looks smart.

I said he was unobtrusive during the day, but not at night. Not when I’m asleep.

When I put my book down and turn out my bedside lamp, I see him over by the closet across the room. He looks somewhat contrite, but I don’t believe he actually feels regret for what he’s about to do. A doctor can look slightly apologetic when he or she says, “This is going to pinch a little” right before they inflict pain. It’s the look that says, “I’m sorry for the hurt I’m going to cause you but It Must Be Done.”

I don’t think Death is sorry at all. In fact, I think Death wants me to see that behind his apologetic facade is a hint of gleeful anticipation. Just enough of a hint so I know he really likes this part—he really, really likes what comes next. He might look like he’s sorry but he’s not. He’s having fun. I don’t believe … I know… Death is a fucking psychopath.

He delights in showing me a glimmer of what dying will be like. The nightmares he doles out are short stories of terror where oblivion is … inevitable. All I really know about Death is he’s perfectly content to wait all day for the moment when he gets to fuck up my dreams—nightmares that scare me to death.

He is never present in my dreams like he is during the day, when he’s sitting over on the couch reading the newspaper or scrolling through his phone. In dreams he’s behind the scenes orchestrating the nightly nightmare.

I used to hate going to sleep. Sleep is where the nightmares are. Though that’s eased off—a little. For the last few years the dreams aren’t any better—I’m just getting used to them. I think it’s because there are only so many nightmares. If you live long enough you will eventually have all of them. My current nightmares aren’t re-runs … they’re more like re-makes. Death isn’t that creative. No psychopath is. He just reboots the nightmare franchise. The re-makes are not any less terrifying. They’re just … familiar. And in my dreams the familiar has become normal.

I don’t mind any of this … much. It doesn’t bother me that during the day Death has staked out my couch space. I can certainly do without the nightmares at night, but at this late date I can tolerate them reasonably well. At least the nightmares aren’t getting any worse. That’s a ‘win’ as far as I’m concerned. And some nights Death even takes a holiday. He has a sliver of sympathy and gives us both a night off.

But on some nights I can cheat death. A couple of nights a week anyway. Those nights I take a sleeping pill.

When I take one I have zero dreams. Or maybe I do dream, but I don’t remember them. It’s kind of the same thing isn’t it? When you forget something, it’s as if it never happened. Right? Forgetting erases history. Just ask Republicans. They’re fuckin’ champs at making people forget so they can erase history.

Printed clearly on the label of the bottle of sleeping pills is:

TAKE ½ TABLET AT BEDTIME TWICE WEEKLY AS NEEDED FOR INSOMNIA.

A quick Google search of the drug spells out why I shouldn’t take those pills more than twice a week. They’re addictive. Very addictive. And addiction and withdrawal are waaaaay scarier in the day than nightmares are at night. I’ve been there, done that and don’t want a return trip. I’d rather continue living with nightmares—4-5 nights a week anyway.

One of these days Death will get up off the couch, amble on over, and sit down at the table while I’m eating breakfast. Sometime in the coming years it’s inevitable that Death and I will have a little chat. I am definitely not looking forward to that … but it doesn’t bother me like I thought it would decades ago.

I once read something Dustin Hoffman said. I can’t repeat word for word what he said, but the gist of it went something like this:

When he was 40 he thought of himself as ‘middle-aged’ because he could imagine himself being 80 years old. But when he was 45 it was harder to imagine being 90. And at 50 he knew he wasn’t ‘middle-aged’ anymore because not too many people make it to 100.

I haven’t been 50 years old for a long time. And You-Know-Who is reading the paper over there on my couch. I guess I’ve stepped onto the Acceptance rung of Elisabeth Kübler-Ross’s ladder. But I don’t like the taste it leaves in my mouth. Acceptance tastes too much like surrender.

Relationships end in two ways. Some people run out of love and the relationship breaks. And some people just run out of time. I’m in the ‘run out of time’ camp. I want to love the people I love forever. But that well-dressed fellow over there on the couch, with a nod or a wink, is the reminder that I’m running out of time. I think the reason Death appears so patient and content is because he definitely has job security.

On Not Moving On

I’m not paranoid I’ve Got Proof!