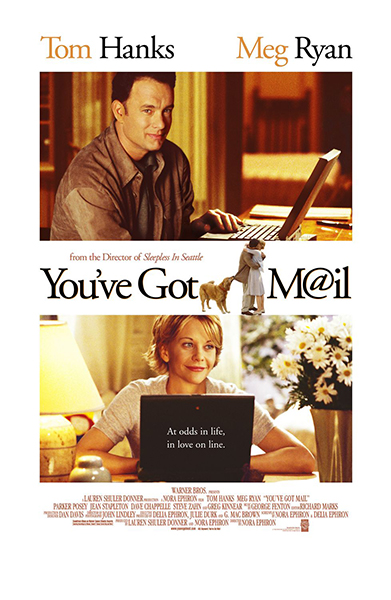 I received a stupid email last week. It wasn’t spam. It was from someone I know. It was one of those “Forwarded” emails. It was perceived by someone to be one of those extraordinarily illustrative emails, therefore everybody in their address book just had to get a copy of it. And everyone who received it forwarded it on to everyone they knew until … a person I knew sent it to me with this preface:

“This is quite an interesting read. I’m interested in your thoughts about this.”

The subject line read, “How well do you know the tax system? Check on snopes.com.”

“Whether you are a Democrat, Republican or Independent … these are the facts.

What The Dems will bring back to taxpayers ….. “

Then the author states:

“If you want to know just how effective the mainstream media is, it is amazing how many people that fall into the categories above think Bush is screwing them and Bill Clinton was the greatest President ever. If any democrat is elected, ALL of them say they will repeal the Bush tax cuts and a good portion of the people that fall into the categories above can’t wait for it to happen. This is like the movie The Sting with Paul Newman; you scam somebody out of some money and they don’t even know what happened.”

Since the original author said to Check on snopes.com … I did. And found this:

“The item reproduced above is … an example of someone who managed to stumble across the right answer despite employing a severely flawed approach to finding it.”

“The gist of the comparison presented here is correct … However, the numbers supplied to illustrate this point are both inaccurate and simplified in a way that misleadingly exaggerates the differences.”

“Whoever produced this chart simply applied tax tables from 1999 and 2008 to various income amounts, apparently without understanding the difference between tax rates and average tax rates and without allowing for even the standard deduction.”

“Note that the largest difference between 1999 and 2008 taxes in this revised table is only $3,964.00 (for married couples making at least $125,000), while the original table (incorrectly) posits comparable or larger differences in five out of the six sample brackets.”

The person who forwarded this email to me is a Republican. For some reason he thought that all those “Irrefutable” Republican Tax Facts would show me How Wrong I Am About Everything.

He began the email with, “This is quite an interesting read. I’m interested in your thoughts about this.”

Knowing that entering into a dialogue with a Republican is an exercise in futility … I wrote back anyway.

After reading this email I went over to Snopes and discovered what you should have found out before you forwarded it on to me. The tax examples are misleading and inaccurate but regardless, I will accept them at face value and address the general claim of the email. For argument’s sake I will accept that taxes under Bill Clinton were higher than under the Bush Regime.

The people at Snopes corrected the tax table used in the email, so I’ll use their figures instead, and it looks like we’re paying $1,664.00 less under Bush than Clinton this year. Let’s multiply that by eight so we get a really big number. Why The Bush Regime may have saved our family $13,312.00 over the last eight years!

And my response … Big Deal. I’d rather have The Constitution restored. How much would that cost?

The only reason people send and resend this stupid email is to try to reaffirm to themselves, and to other Republicans, why they should continue being a Republican. In the face of every single Republican domestic and foreign policy crashing and burning in resounding failure … I can understand why any Republican would be desperately thrashing around trying to find at least one reason to justify their Blind Partisanship.

If somehow Republicans try to salvage something out of the wreckage of the last 8 years and attempt to tell me that from the ruins the Bush Regime created … I’m ahead 13,312 bucks … I’d say that comes out to be about $2.85 per dead American soldier, 13 cents per wounded American, and a little over a penny a piece for dead Iraqis. How about $10.24 for anyone who lost their life in Katrina and its aftermath?

And how long is my 13 thousand dollar Bush Dividend going to last when the 4 trillion dollar tab comes due on the wars the Bush Regime put on a credit card? I’ll be in an urn on the mantle and my grandchildren will be of retirement age … but that bill still won’t be paid off.

Since the cost of the maimed or dead doesn’t appear to move the Republican heart, let’s consider the two million American families who will lose their homes, roughly 20,000 every week for the next several years. All because of the unholy collusion between Wall Street, Banks, and the Mortgage Brokers, blessed by money-mad Republican pirates. They gut homeowners, create a new generation of homeless, and we bail out the greedy bastards with our tax dollars. Is that where my 13 grand is going to go? But privatizing profits and socializing costs is the Republican Credo isn’t it. So, is the ensuing misery the acceptable cost of doing business?

How about this … On the most basic level, Republicans understand The American Way of Life … consumerism … how many times can I fill up the gas tank or run to the store to buy increasingly expensive food before our Bush Regime Tax Dividend is eaten up? And by the way … I just found recently that it costs $13,000.00 to have an appendix removed. Looks like I’m down to a tidy little sum of $312.00. I’m sure glad we don’t live in Canada. Socialized medicine is just a hop skip n’ jump away from out and out communism. I’m sure you’d rather I was in the red … than Red.

Your sad stupid email is just a feeble excuse to remain an ill-informed partisan chump. The only way you can remain a Republican Party Junior Booster is to ignore everything. But when has reality ever intruded into the befuddled minds of the Republican base?

I’m $13,312 ahead of the game but my country has gone to hell. Thanks for informing me about my new improved bottom line. Only a Republican would care about profit over people. To paraphrase Oscar Wilde, “The Republican knows the price of everything and the value of nothing.”

Where Did All The Dumbasses Come From