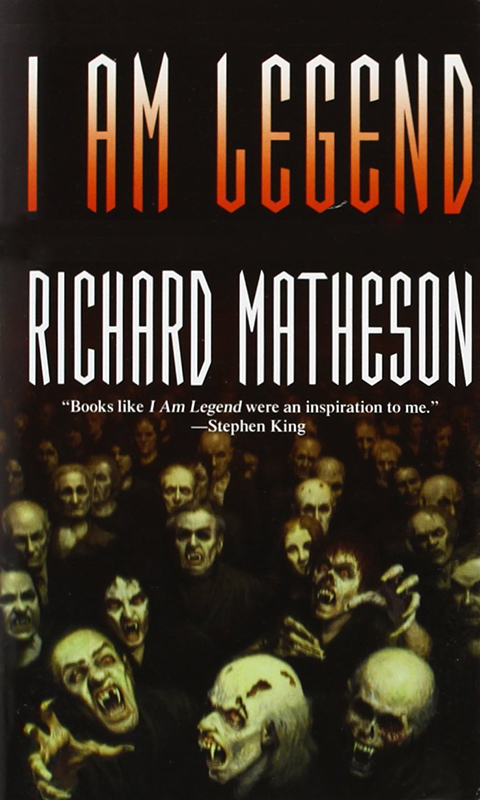 We Are Legend We Are The Monsters

My two favorite books about the transformation of societies were published over 50 years ago. Milton Mayer’s They Thought They Were Free in 1955, and Richard Matheson’s novel I Am Legend, in 1954.

I Am Legend’s main character, Robert Neville, is the sole survivor of a worldwide pandemic where everyone infected with the disease have become vampires.

During the day Neville repairs his house, hangs garlic and mirrors, gathers supplies … and hunts and kills … vampires.

Eventually the infected manage to break into Neville’s house, capture him, and take him to their headquarters.

Through his prison window Neville sees the vampires milling around in the yard awaiting his execution. When they spot him, he sees the fear, awe and horror in their eyes and he understands to them he is their monster. Previously he saw the destruction of the vampires as a right and a moral imperative, but now infection is normal and he is the murderous deviant. He understands the reversal that has taken place and as vampires were legend in pre-infection times, now he is legend in the eyes of the new race born of the infection. Neville’s last thoughts as he dies … “I am a new superstition entering the unassailable fortress of forever. I am legend.”

In They Thought They Were Free, Milton Meyer details how Fascism happened in a modern, industrialized, educated nation.

“To live in this process is absolutely not to be able to notice it … Each step was so small, so inconsequential, so well explained … that, unless one were detached from the whole process from the beginning, unless one understood what the whole thing was in principle, what all these “little measures” that no “patriotic German” could resent must some day lead to, one no more saw it developing from day to day than a farmer in his field sees the corn growing.”

“You see … one doesn’t see exactly where or how to move. … Each act, each occasion, is worse than the last, but only a little worse. You wait for the next and the next. You wait for the one great shocking occasion, thinking that others, when such a shock comes, will join with you in resisting somehow.”

“And one day, too late, your principles … all rush in upon you. The burden of self deception has grown too heavy, and some minor incident, in my case my little boy, hardly more than a baby, saying “Jew swine,” collapses it all at once, and you see that everything, everything, has changed and changed completely under your nose. The world you live in – your nation, your people – is not the world you were in at all. The forms are all there, all untouched, all reassuring, the houses, the shops, the jobs, the mealtimes, the visits, the concerts, the cinema, the holidays. But the spirit, which you never noticed because you made the lifelong mistake of identifying it with the forms, is changed. Now you live in a world of hate and fear, and the people who hate and fear do not even know it themselves; when everyone is transformed, no one is transformed.“

“Suddenly it all comes down, all at once. You see what you are, what you have done, or, more accurately, what you haven’t done … for that was all that was required of most of us: that we do nothing.”

Both books are about the transformation of societies. In Matheson’s book, it is irreversible. In a world completely inhabited by monsters … there are no monsters. Germany’s transformation was halted and reversed. Not by the Germans … but because the rest of the civilized world intervened and reduced their cities to rubble until the ruling elite surrendered.

How far are we along in our transformation into a society of monsters?

It seems that we are an extremely tolerant nation. Collectively we’ve tolerated the big Nuremberg no-no: Wars of Aggression. Our two wars have led to the deaths of over a million human beings, the majority of the dead being women and children. We’ve tolerated spending the hundreds of billions upon hundreds of billions of dollars … of our money … massacring innocent people … and we seem to accept that we will continue the slaughter for years to come. We’ve tolerated torturing people … sometimes to death. We have allowed the people that committed war crimes to walk away unpunished.

We’re quite the open-minded nation when it comes to causing death and destruction.

But we are intolerant of people and ideas that could never harm us. People of the same-sex who want to get married and people with a darker skin color bring out the monsters among us.

There are some delusional Americans who do not want their tax dollars used to pay for someone’s abortion but have stood mute while their taxes have paid for the massacre of women and children in illegal wars. This is how monsters think.

We don’t have to call it Fascism. The word has been overused. It belongs in history books describing how other governments and the people that supported them went mad.

To stop our country from finishing the journey into insanity … Let’s call it what it is.

We are ruled by monsters. The Corporatocracy and their highly paid hacks want to turn us all into monsters. Self centered swine who want what we want when we want it … and will accept anything, including the demonization and slaughter of the innocent, to get it.

The Corporatocracy cannot abide being thwarted. The idea that the Healthcare Industrial complex might not continue to make billions of dollars off of our sickness and pain has caused them to exhort their hacks to incite their audiences into irrational fury. Those that resist the corporate domination of our health are branded, leftists, socialists, and communists. It’s only a matter of time before we hear the word … terrorists … describing those advocating universal health care.

There may come a time when we who resist will truly become the minority. We may already be there. The Corporate Media tells us that we who resist are in the minority. There’s no way we can really be sure of how many of us there are. What could happen next? Will it come to the point where resistance could be stomped out of existence? Will it come to the point where everyone would be willing to embrace a monstrous status quo and want the resistance eradicated in exchange for what will pass for peace and security?

Then the familiar will become normal …those that resist will become the “new” monsters … the new bogeymen … the new superstition entering the unassailable fortress of forever.

We Will Be Legend … in a nation of monsters.

Listen to this segment from The Mike Malloy Show here: http://www.voicesinourheads.com/2017/07/12/we-are-legend-we-are-the-monsters/ ‎