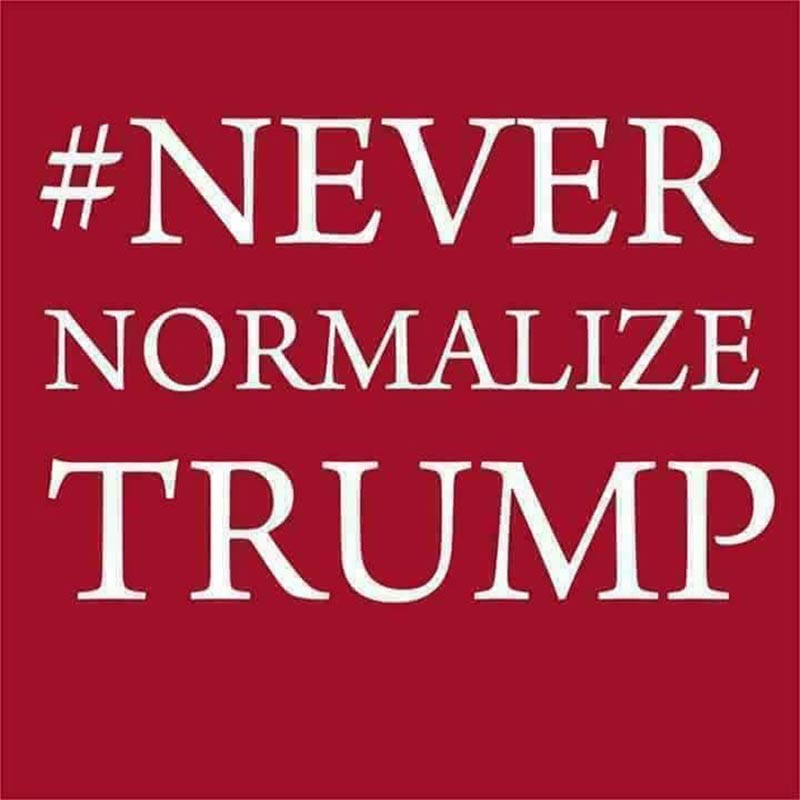 Listen to this segment from The Mike Malloy Show here: Permalink: http://www.voicesinourheads.com/2016/02/28/doubling-down-on-the-crazy-2/ ‎

I obviously have no idea what’s going to happen after the votes are counted on election night. And my imagination has proven time and time again that it is not my best friend. But I just can’t see millions and millions of unimaginably frustrated and crazed Republican Trumpsters going home and getting back on their meds. I think they’re going to take In-Your-Face-Crazy to the next level into the stratosphere.

A couple of Trump supporters showed up to vote at Nevada’s Republican caucus dressed in their KKK sheets and hoods. On February 24, the Iowa House passed a series of gun rights bills allowing children of any age to handle guns. Today the owner of an insurance agency in Georgia is requiring all of his employees to be armed.

Sane people all over the country are wondering, “Can someone please derail the crazy train this shitshow arrived on?”

But this isn’t about Trumpenstein or the daily gun slaughter.

Billionaires and FoxNews created the tea-bagger wing of the Republican Party and the Republican Elite seem surprised that the mindless rabble they’ve inculcated for 20 years with distilled bullshit … are choosing bullshit candidates. What the Republican Elite forgot, or didn’t know in the first place, was once they created a party that gave permission to embrace racism, xenophobia, and misogyny, their minions would vote for the candidate who best embodied those attributes.

And as has been said many times before, if politicians did nothing to pass sane gun control laws after 20 six- and seven- year- old kids were ripped to pieces by a semi-automatic rifle fire in their elementary school, then it was excruciatingly clear there would be no meaningful gun control in the United States. Ever. Do you want to keep your kids safe from the gun madness that infects your city, state, and country? Fuck You.

This isn’t about that. Too much has been uselessly written about that. This is about another dangerous in-your-face crazy the U.S. is exhibiting.

In the November 2006 midterm elections, the Republicans lost control of the House and Senate. The elections were seen as a referendum about ending the war in Iraq. But in January 2007 George W. Bush announced he was sending thousands and thousands more troops into Iraq. This was called The Iraq War troop surge of 2007, or to be more precise, The Big Fuck You to everyone who wanted an end to the war in Iraq.

The U.S. has an appalling history of doing the exact opposite of what the majority of Americans needed and wanted. When the economy cratered in 2008 we wanted the government to bail out the people. The government bailed out Wall Street and the Banks. How Much? I found this in the January/February 2010 online issue of Mother Jones:”The Real Size of the Bailout — The price tag for the Wall Street bailout is often put at $700 billion — the size of the Troubled Assets Relief Program. But TARP is just the tip of the iceberg of money paid out or set aside by the Treasury Department and Federal Reserve. In her book, It Takes a Pillage: Behind the Bailouts, Bonuses, and Backroom Deals from Washington to Wall Street, Nomi Prins uncovers the hush-hush programs and crunches the hidden numbers to calculate the shocking actual size of the bailout: $14.4 trillion and counting. According to the Bureau of Labor Statistics 8.8 million jobs have been lost since the start of the 2008 recession.”

If giving trillions of dollars to the people who caused the economic meltdown, instead of helping the millions and millions of people who lost their jobs and homes doesn’t rank as one, great, big, Fuck You to the American people … I don’t know what would.

That’s the Institutional Fuck You-ism … and then there’s the version practiced by bullies on the playground, brawling in bars, dressed up in white sheets in front of flaming crosses, and now in voting booths.

Gene Wilder’s character in Blazing Saddles said it best, “You’ve got to remember these are just simple farmers. These are people of the land. The common clay of the new West. You know … Morons.” But in Real Life these are the dangerous morons out in force for Trump, Cruz, Rubio, and all the rest of the Republican assholes. They don’t care that they’re acting in-your-face crazy, and they don’t care who sees it. They’re proud of the fact they’re going to Take Their Country Back. And then make it Great Again. Whatever that means. I think it means they are delusional.

I think they want the government to pretend that White People will always remain in the majority. I think they want women, and all people of color, to submit to White Male Rule … forever. Of course they’re out of their goddamned minds. But there are millions of them.

As of today, it looks like Trump will win the Republican nomination. I’d like to think Trump will be overwhelmingly stomped in the 2016 election regardless of whether he’s running against Clinton or Sanders. The polling numbers at Real Clear Politics plainly show those results. So let’s imagine a Corporatist Democrat, or a Democratic socialist, sworn in on Inauguration Day 2017. What happens next? I think we have to go back almost three months prior to when the show really started.

I think we’ll see, from Election Night November 8, 2016, to Inauguration Day January 20, 2017, the biggest meltdown in Modern U.S. History. The combined crazy that’s been simmering just under a boil since a Black Man started living in The White House, is going to boil over. As Dick — baby tartar eatin’ — Cheney would say, “Big Time.”

I’m not an optimistic-type guy. Some people say the glass is half full, others say the glass is half empty, I’m amazed there’s even a fuckin’ glass. I obviously have no idea what’s going to happen after the votes are counted on election night. And my imagination has proven time and time again that it is not my best friend. But Truthseekers, I just can’t see millions and millions of unimaginably frustrated and crazed Republican Trumpsters going home and getting back on their meds. I think they’re going to take In-Your-Face-Crazy to the next level into the stratosphere. I have no idea what that level even looks like. But I’ve read a couple of books …

In Dominion, an alternate history novel written by C. J. Sansom, one of the characters says, “… given the right circumstances fascism can infest any country, feeding off the hatreds and nationalisms that already exist. Nobody is safe.”

There is No Joy in Muddville