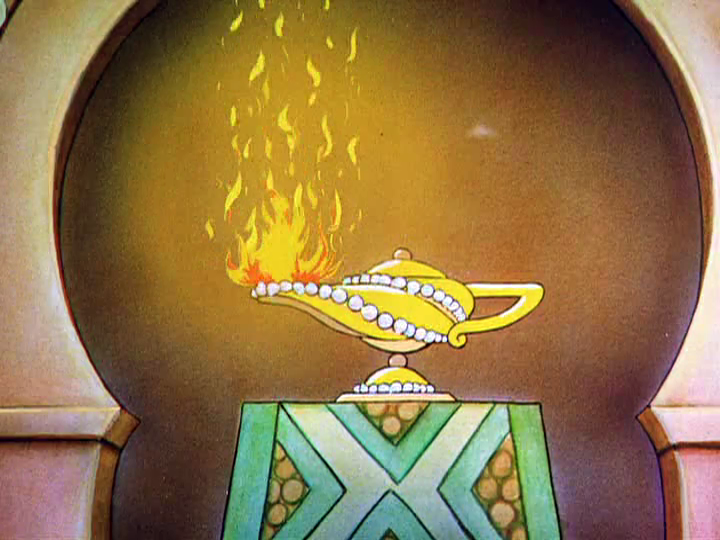 This was the “campfire moment” written for the Malloy Mountaineers Weekend Retreat.

Arminda, Nick, and I would have loved to join you all around the campfire tonight but for a few reality-based sticking points: your idyllic Georgian summer retreat is about 2,800 miles from where we live, Nick’s collegiate career has disposed of our disposable income, and we don’t have our Canadian passports … yet. Sometime later this summer we’ll be Canadian citizens and we’ll be applying for our passports on the very next business day. Y’see if we’re going to be crossing borders … we’ll be travelling as Canadians. But the chances of voluntarily crossing the border into the United States will still remain mighty slim. On the most current maps of the territories south of Canada and north of Mexico is written, “Here there be Monsters.”

We should start with: Once Upon A Time …

In the center of this room was a large circular table with chairs set around it. The table was made from the finest, rarest and most exotic woods. I’d describe it further but then I’d have to Google “rare and exotic woods” and I don’t have the time or will to do that. Let’s just say it cost more than any sane person would ever spend on a car, much less a table. And of course the chairs matched the table.

The men sat in the chairs and gazed upon the object at the very center of the table. A lamp. A golden lamp. It looked like the kind of lamp that when rubbed … a genie would appear. For that’s exactly what it was. A magic lamp. And we all know what those look like.

The men cast lots to see which one of them would be the one to rub the lamp and say the magic words. I say “cast lots” because that’s shorthand for the way it was decided who was to be the one to rub the lamp. I could have said they drew straws or sat around chanting “eeny, meeny, miny, moe” but there’s more gravitas in saying casting lots. It’s biblical … but not too Jewish. More New Testament-esque.

So the men cast lots to see which one of them would be the one to rub the lamp … this time. The lamp had been rubbed many, many times before. And each time something different would emerge. Sometimes whatever came from the lamp wasn’t … friendly. A genie is, after all, a demon. Sometimes whatever came from the lamp was hungry or thirsty, or both. And whoever rubbed the lamp and said the words became the genie’s meat and drink. Those are the chances you take when you’re one of of the most powerful men in the country. He would either get his three wishes … or the summoner would get ripped to pieces.

So the man who drew the short straw, the black marble, the piece of paper with the mark on it, the last one tagged by eeny, meeny, miny, moe, wasn’t necessarily … lucky. There wasn’t any bonus or extra perks for risking his life by summoning the genie of the lamp. Everyone at the table received the same share of the rewards from the three wishes, after all.And if things went terribly awry and he became a demon’s Happy Meal, then he would be missed in the same way any powerful man is missed by his family, friends and business associates.

At his funeral – there would be an empty coffin of course – the priest, reverend, or minister (never a rabbi) would intone the only words that comfort the rich-as-fuck bereaved, “Money … never dies.”

Back in the room at the top of the castle, or skyscraper (I forget which) the designated man leans over (way over, because it’s a very big table) and picks up the lamp. He looks around at the other men and knows they are relieved that he is the one this time around. The same way he was relieved when another man held the lamp in the past. But now he’s the one with his life on the line. He thinks, “It’s not fair.” But of course it’s fair. Why, it’s as fair as white male privilege, as fair as being born into unearned wealth, as fair as the rules he’d played by his entire life, of course it’s fair. But even knowing all that, he feels hatred towards the other men. As with all selfish men, he hates to be the only man in the room who won’t see a profit. But that emotion is useful because the words he is about to say only work if they are uttered in hate. Because hate is a magic word.

He rubs the lamp, chanting:

“From the land beyond beyond.
From a world of hate and fear.
I bid you, genie, now appear.”

The lamp grows warmer in his hands and at first he only sees a wisp of smoke … then in a torrent of fire and fury with a sulfurous stench … the genie appears. Holy Shit … it’s Fucko the Clown!

This demon, Fucko the Clown, the world’s most famous TV game show host, is here to grant three wishes.

The most powerful men in the country’s first wish was for continued anonymity … their second was for the biggest tax cut for the wealthy and corporations in US history … and their third wish was for … three more wishes.

Now this genie, regardless of what was written in his ghost-written autobiography, was not a particularly smart genie. In fact, he was the dumbest damn genie they had ever seen. All they had to do was praise Fucko for being the most intelligent, most erudite, and most powerful genie they had ever summoned. And Fucko, dumb as a bag of hammers, absolutely quivering with joy at being praised by the most powerful men in the country, granted them everything they asked for. And every third wish was always for three more wishes.

The men in the high castle, or skyscraper (I forget which) plan, plot, and conspire to this very day. In another room Fucko the Clown watches television and eats cheeseburgers. Every once in awhile the most powerful men in the country file into the room and make a collective wish. And Fucko, his fingers, mouth and hair stained with secret sauce (a messy eater, is this clown), says around a mouthful of burger, “Your wish is my desire.”

Four years ago, when there was still the illusion of norms, and checks and balances, it was assumed by just about everybody that the upcoming presidential race would be between Jeb Bush and Hillary Clinton. Even the men in the high castle thought so. It was common knowledge, for Christ’s sake. How it became common knowledge hangs another tale for another campfire.

So The Powers That Be had agreed … Bush and Clinton were the contenders. All that remained was to let the American people know who they should vote for. And then something remarkable happened. In the years since P.T. Barnum said, “There’s a sucker born every minute,” the public had rolled up their sleeves and with the admirable American Can-Do attitude … managed to cut that time in half.

On election night, Fucko the Clown won because Hillary’s hubris kept her from campaigning in a couple of key states and the gap was filled by some of the stupidest voters in the country. If the US didn’t have an Electoral College, Clinton would have won and the crazy stupid racist assholes would have had to hide under their beds for another four years. But the US has an Electoral College so Fucko the Clown, that lying sack of shit, became the president of the United States. And the Republicans – or to be more precise – The Donor Class who purchased the Republican party, have used Fucko as a shield while they enacted god-fucking-awful legislation, appointed god-fucking-awful judges, and fucked over the people like they’ve never been fucked over before.

Oh … before I forget … P.T. Barnum probably never said, “There’s a sucker born every minute.” No one knows exactly who said it, so we might as well pin it on the old flim-flammer himself. Now excuse me for a moment while I gargle with my handy ever-present CBD oil. If I still lived in the US I’d have a 50 gallon drum of the stuff. Stored right next to another 50 gallon drum of CBD oil.

As I write this, Fucko the Clown has been president of the United States for 2 years, 124 days, 9 hours, 59 minutes and 16 seconds. In that relatively short time the Donor Class, through their Republican meat puppets, have been able to fundamentally cripple American democracy and usher in the rule of oligarchs and Fascism. I’m not going to take the time to list every single outrage we’ve seen over the last couple of years that affirm we are already where we were afraid we would be. It’s like we walked into a theatre and started watching the movie after the intermission. And the movie starts with monsters in ascendancy. Everything looks bleak and it’s only going to get worse.

I have to remember what I always keep forgetting … Psychopaths are insane. They are fundamentally incapable of making a form of government that can sustain itself. Just ask Hitler. His 1,000 year Reich missed the mark by only 988 years. The short form is crazy people can barely make a sandwich.

Sooner than later Fucko the Clown will go away and another shithead will pop up in his place. There will always be monsters and so don’t forget … don’t you ever forget … monsters are real. They’ve infested the state capitols of Georgia, Ohio, Mississippi, Kentucky and now Alabama. What they can do … and are doing … is horrifying. But — and this is the good news, possibly the only good news — monsters aren’t everywhere.

If I were to end on a positive note, it’d be something like this:

The power of monsters is mostly illusional. They might be in the headlines, but they’re not everywhere. When I was a kid they really weren’t under the bed or in the closet. They’re still not there. Even today I have to always remember where the monsters aren’t.

They’re not here are they?

I lifted this from the season one finale of True Detective:

It’s just one story.
The oldest.
Light versus dark.
Look up at the clear night sky.
It appears that the dark has a lot more territory.
But remember once there was only dark.
If you ask me, the light’s winning.

The Best E-cig MOD in the World Part II

My E-Cig Year in Review