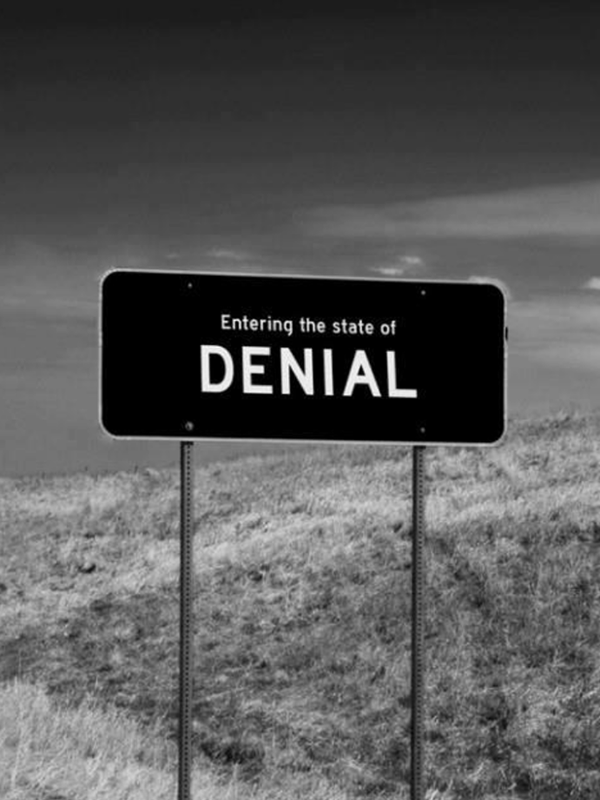 I went to a treatment center for alcoholism 22 years ago.

How’s that for creating a 100% guaranteed awkward pause?

I know … I know … It’s one of the most repellent conversation openers topped only by, “Have you accepted Jesus Christ as your Personal Lord and Savior?” Or better yet … sometimes you get the double whammy from some guy who found Gawd at a treatment center, turned his life around, and is now spreading The Good News as a Clean and Sober Christian Hallelujah!

If anybody starts talking to me about how they successfully kicked drugs or alcohol I try to make some positive noises while looking around for the exit. Of course I’m happy they solved their problem … I just don’t want to hear about it. It’s not that I lack empathy. I mean I certainly can relate to everything people have to deal with when lives simultaneously explode and implode because of alcoholism. But the details aren’t all that interesting. It’s like being cornered by a doddering relative at a family gathering and having to listen for the umpteenth time about how my second cousin (whom I’ve never met) had a heck of a time changing a flat tire during a snow storm in 1957 … or was it 59?

That said … I will now plow ahead into What Happened At The Treatment Center. But don’t worry. I didn’t find Jesus and I’m definitely not any “Friend of Bill” …. I didn’t find a “Higher Power” and I leave it to others who’ve got the stamina to enter that wild goose chase. What I did learn was that a small dietary change consisting of no sugar, no caffeine, no refined carbohydrates — along with a couple of vitamin and mineral supplements — completely stops the craving for alcohol after about a week. I found it was pretty easy to stop doing something once I didn’t want it any more.

So here I am 22 years later because I still don’t have any physiological cravings for alcohol. It has nothing to do with Strength of Character, Will Power, or The Hand of Gawd. I don’t want any Lima beans either but nobody gets a chip after 22 years of successfully abstaining from that wretched legume.

But getting back to The Treatment Center …

I met a strange crew of inmates sitting around in pajamas at The Home. People yak all the time how alcoholism cuts through all social strata but the high-rollers went somewhere else to dry out. My group tended to have less teeth and more tattoos. I also found if you’re really, really bored, it is possible to smoke five or six packs of cigarettes a day.

The counselors had all risen from the ranks of users and had become Clean and Sober automatons. I knew that because their daily lectures were punctuated with mini-bios of how they overcame their own struggles with Demon Rum. One counselor in particular impressed me with her sing-songy story told like a bored third-rate carnival hypnotist running through his patter for the ten-thousandth time. She always ended her case history by proclaiming that she was now “Happy, Joyous, and Free,” as if it were some sort of curse.

I did my 28 days and went back out into The Real World armed with a new dietary regimen and renewed hope for the future. Later I ended up working at The Home. The only real difference between wearing pajamas, or a tie and a name tag, was that I got a paycheck, and at the end of the shift I could leave the grounds without making the security guards nervous.

I don’t mean to diminish my time spent at The Home either as a patient or a trustee. Eliminating the physiological craving for alcohol has been a huge boon for my brain function, self-esteem, and hygiene. In spite of all my “Lost Years” due to living under the influence, I actually learned something from the Sturm und Drang of addiction.

Denial is one tough son of a bitch.

Depending on what study you read, about 8%-10% of the population is addicted to alcohol. In most cases the addict is the last one to admit that Houston we have a problem. Almost everything can be lost and, most of the time, the alcoholic still won’t acknowledge his alcoholism. That’s how tenacious Denial is.

Even watching the actions of the alcoholic from a distance causes incredible frustration. What’s wrong with him? Can’t he see what he’s doing to (fill in the blank) his wife … his kids … his job … everything? It’s understandable to want to just completely cut the guy loose and wait for him to hit rock bottom before anyone gets involved in that nightmare again. What makes it even harder is knowing there’s a huge chance he’ll fall off the wagon and the mad merry-go-round will start turning once again.

Like I said, Denial is one tough son of a bitch. And alcoholics and other drug addicts have by no means cornered the market. They just get all the bad press.

I “graduated” from The Home just in time to witness the run up to Desert Storm. On July 25, 1990, April Glaspy, the U.S. ambassador to Iraq, met with Saddam Hussein and told him, “We have no opinion on your Arab-Arab conflicts, such as your dispute with Kuwait. Secretary Baker has directed me to emphasize the instruction, first given to Iraq in the 1960s, that the Kuwait issue is not associated with America.”

I guess Poppy changed his mind about that. He started comparing Hussein to Hitler, we had the phony reports of Saddam’s tanks on the Saudi border, and Iraqi monsters threw Kuwaiti babies out of incubators. All lies, but at least the war was over quickly. Only tens of thousands of Iraqis were killed. It was easy for Denial to smooth out the dissonances of war for most Americans.

As the head of the Treatment Center told me right before the war, “When some countries get uppity … The United States has to get down-ity.”

He was completely out of his goddamned mind at the time, and he was in charge of teaching all the patients at The Home about the destructive nature of Denial.

Stolen elections? No problem. Another War Crime? Forget about it. Mythical “terrorists” blow up a couple skyscrapers and the Pentagon? Go Shopping. A Democratic president signs off on Fascism? It’s not really as bad as all that. 150 to 200 species go extinct on planet Earth every day? I’m sure “they’ll” think of something.

None of these things mean anything’s really amiss.

Do Martians wonder what’s wrong with us? Can’t we see what we’re doing?

Yeah … Denial’s a mean mutherfucker all right. Everybody’s got it and there isn’t a treatment center big enough for all of us.

As Woody Allen said, “More than any time in history, mankind now faces a crossroads. One path leads to despair and utter hopelessness, the other to total extinction. Let us pray that we have the wisdom to choose correctly.”