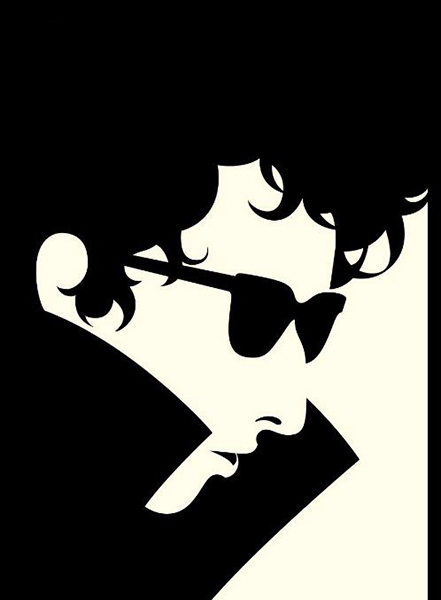 The sense that you’ve never been somewhere before.

Putting a television in your house is like putting an Invasion of the Body Snatchers seed pod in your bedroom closet. If you watch the damned thing long enough sooner than later you’ll end up in a Stevie Wonder song:

I watched the presidential and vice presidential debates on CBC up here in Beautiful British Columbia. During the debates viewers could vote on who was winning. The first debate’s results were: 76% Obama, and 18% Romney. The next morning I went online to read the American Polls. What. The. Fuck. Romney was declared the winner.

Then came the VP debate between Biden and Ryan. Again I watched it on CBC and the Canadian viewers voted 88% Biden and 10% Ryan. The next day American polls gave a slight edge to Biden. The CNN/ORC poll showed Ryan at 48% to Biden’s 44%. NBC Politics had Biden at 38% to Ryan’s 34% and CNBC reported a tie with Ryan and Biden both at 47%. What. The. Fuck. squared.

A couple of nights ago I watched the second Obama-Romney debate and the final tally was 63% Obama and 34% Romney. The following morning I went online to see MainStreamMedia reporting Obama won 49% to Romney’s 46%.

Obviously Canadians think Obama and Biden overwhelmingly won the debates but Americans, or rather the American Media, see it as a pretty tight race. Who are you going to believe, The Political Industrial Complex … or your own lying eyes?

The last time I witnessed a disconnect from reality like this was on August 1, 1969 when I took a couple of hits of acid and went to a Led Zepplin-Jethro Tull concert. 43 years later it feels like America’s MainStreamMedia are on the heavy drugs and I’m an unemployed designated driver without anybody’s car keys.

So far the 2012 elections have already cost more than $4 billion and they’re projected to go as high as $5.8 billion. That’s a lot of money. There are 32 countries in the world with an annual GDP less than what the U.S. elections will cost. Americans spend $300 million on Oreos each year but at least they know what they’re getting. A bizarre combination of genetically modified wheat, soy, and corn, flavored with alkali processed cocoa and fake vanilla made from wood creosote. Yum.

But what are we going to get after almost 6 billion bucks have been blown? Barack Obama or Mitt Romney … and a host of Democratic or Republican members of the House and Senate. Regardless of who wins or loses … the U.S. will remain a relatively easygoing fascistic police state at home and a voracious capitalistic beast stomping fictitious enemies into a bloody paste abroad.

How much is it worth to you to have Romney get the job instead of Obama? Would you spend one half of one percent of your net worth to make it happen? Sheldon Adelson says he is. I think Adelson’s spending 100 million to make the Justice Department stop the investigation of his Las Vegas Sands Corporation’s alleged money laundering. But … Hey Sheldon … Listen up. You could have saved tens of millions of your sleazy dollars and given just a couple of mil to Obama. Weren’t you paying attention when after a year-long investigation of Goldman Sachs’ widespread mortgage fraud that led to the subprime mortgage crisis, the Justice Department concluded that it didn’t have enough evidence to meet the “burden of proof” required for charges. Eric Holder doesn’t prosecute criminals. Why are you giving money to Romney? You’re a Vegas guy … why didn’t you bet on a sure thing?

But there’s another disconnect going on here. In 2008 Wall Street gave bigtime for Obama. This time around the Wall Street Bucks are backing Romney.

Didn’t they like the trillions in bailout so they could pass out billions in bonuses? Are Rich White Guys so insanely racist they don’t like black guys even when the Black Guy in the White House and the Black Guy in the Justice Department gave them all the stuff they wanted? “Stuff” being the code word for trillions of dollars and a “Stay Out of Jail” card. Is it just a matter of aesthetics? Do they insist on having a white wind-up doll deliver their spoils to them on a platinum platter instead of The Black Guy? If that is indeed the case then that’s the proof-positive anyone needs to see that these guys are seriously crazy.

The Media spends two years conditioning their viewers to be intensely emotionally invested in the horse race. And it has to be a close one to keep the people coming back for the latest news on their favorite. Who cares that Mitt Romney lied about lying about telling lies? Who cares that Joe Biden beat Paul Ryan like a gong for 90 minutes? It must be reported that the candidates are running neck and neck and nobody can predict who’s going to be first across the finish line. If that means taking Biden’s 78-point lead and making it even-steven to fit the script, then that’s the way it is. Everybody has got to tune in on election night to watch the season finale. What are you going to do? Change the channel?

But there’s something else going on here and I don’t have a clear idea what it is. It looks like Shelley Adelson, the Wall Streeters, and anybody who throws a twenty-dollar bill into Obama’s coffer are being fleeced by the Political Industrial Complex. All that money is going to people who distort reality all the way to the bank.

A multi-billion dollar PR firm takes control of the media and creates a phony narrative. Then corporate-owned proprietary voting machines count the ballots, and they tell us who “won.” They’ve got both sides of the transaction again. What could possibly go wrong?

Then we find ourselves in a Bob Dylan song

Because something is happening here
But you don’t know what it is
Do you, Mister Jones?

And it’s Vu Zjahday all over again.

Listen to this segment from The Mike Malloy Show here: http://www.voicesinourheads.com/2017/07/12/vu-zjahday-opposite-deja-vu/ ‎