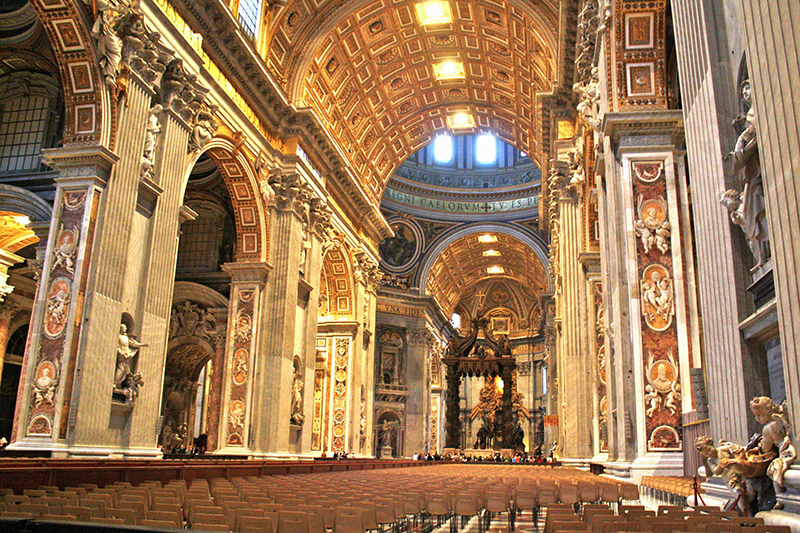 Of Monsters And Saints

As we all know by now … Father Lawrence Murphy was accused of molesting at least 200 boys at a Wisconsin school for the deaf. This monster preyed upon children for 24 years. His horrendous crimes were covered up by school personnel and his immediate church superiors all the way up to Cardinal Joseph Alois Ratzinger, now Pope Benedict XVI.

For some reason the Catholic Church’s protocols in matters of child rape by priests do not include turning the predator over to the police. They are handled instead by a department at the Vatican called the Congregation for the Doctrine of the Faith.

In 1996 Milwaukee’s archbishop, Rembert G. Weakland, wrote to Cardinal Ratzinger, who at the time was the Prefect of the Congregation for the Doctrine of the Faith, alerting the CDF that Murphy had been accused of molesting children in the confession booth. It took the Vatican office eight months to respond to his letter.

In January 1998 Murphy wrote to Cardinal Ratzinger, “I am seventy-two years of age, your Eminence, and am in poor health. I have just recently suffered another stroke which has left me in a weakened state. I have followed all the directives of both Archbishop Cousins and now Archbishop Weakland. I have repented of any of my past transgressions, and have been living peaceably in northern Wisconsin for twenty-four years. I simply want to live out the time that I have left in the dignity of my priesthood. I ask your kind assistance in this matter.“

Murphy’s letter to Cardinal Ratzinger was not a plea to avoid being turned over to the police. He didn’t want to be kicked out of the priesthood. When Murphy died on August 21, 1998 Milwaukee Archbishop Weakland wrote to the Vatican to suggest closing the case.

Murphy was never indicted, tried, or convicted of any crime. Nor were any of his enablers.

Under Wisconsin law a person accused and convicted for having sexual contact or sexual intercourse with a person who has not attained the age of 13 years is guilty of first-degree sexual assault of a minor child, a Class B felony.

For a Class B Felony, the penalty is imprisonment up to 60 years; however, for a repeat offender the term of imprisonment may increase up to 2 years with prior misdemeanor convictions, and up to 6 years with a prior felony conviction.

For a Class C Felony, the penalty is a fine of up to $100,000, or imprisonment of up to 40 years, or both; however, for a repeat offender, the term of imprisonment may increase up to 2 years with prior misdemeanor convictions, and up to 6 years with a prior felony conviction.

For a Class F Felony, the penalty is a fine of up to $25,000, or imprisonment of up to 12-1/2 years, or both; however, for a repeat offender, the term of imprisonment may increase up to 2 years with prior misdemeanor convictions, and up to 6 years with a prior felony conviction.

The laws and the penalties for breaking the law are clear. Murphy, if tried and convicted, would have died in prison. Everyone who knew of his crimes and did nothing would have served serious time.

The Catholic Church is above the law when it comes to sex crimes. Their priests can brutalize children with impunity for decades … but the Church does not offer sanctuary to the priests who oppose the actions of our government when it runs amok and brutalizes whole nations.

Two Catholic priests, the Berrigan brothers, Daniel and Phillip, were for a time on the FBI’s Ten Most Wanted Fugitives list for committing acts of vandalism including destroying government property. Along with Trappist monk Thomas Merton., they founded an interfaith coalition against the Vietnam War, and wrote letters to major newspapers arguing for an end to the war. In 1967, Phillip Berrigan was arrested for non-violent protest and sentenced to six years in prison.

Daniel and Phillip, with seven other Catholic protesters, destroyed 378 draft files with home made napalm in the parking lot of the Catonsville, Maryland draft board on May 17, 1968. The Catonsville Nine released this statement, “We confront the Roman Catholic Church, other Christian bodies, and the synagogues of America with their silence and cowardice in the face of our country’s crimes. We are convinced that the religious bureaucracy in this country is racist, is an accomplice in this war, and is hostile to the poor.”

The Berrigans were arrested and sentenced to three years. Both brothers went into hiding but were eventually apprehended by the FBI and sent to prison.

Thus endeth today’s lesson regarding The Hypocrisy of The Catholic Church.

I went to Catholic schools for 12 years. The worst thing that happened to me was … I was taught religious gibberish. I stopped being a practicing Catholic when I was 13. I continued to go through the motions until I left home 3 years later. From then on … all Sundays were once again … mine. In a sense I don’t understand the huge uproar about What Should Happen To The Church do regarding the unfolding world-wide sex scandals.

It should be easy.

Impanel Grand Juries. Subpoena, and if necessary, extradite all involved parties so they can give testimony. If there is enough evidence for indictments … prosecute. If convicted … the sentences handed down will be served. Church property should be seized, sold, and reparations made to the thousands upon thousands of victims. If done properly, by the end of the process … Catholic Church Inc. should no longer exist. But the Vatican has virtually an unlimited amount of money to spend on delaying accountability. The poor will continue to starve … the physical and psychological wounds inflicted by the pedophiles will go untreated … and the guilty shall be sheltered by The Church.

If nothing else Lawrence Murphy’s body should be dug up, the priestly collar ripped from his rotted throat, and the carcass boxed up and sent to the Pope with the message, “Enclosed you will find one of your ‘Men of God.’ You didn’t want to deal with him when he was alive so here are his bones. May his ghost and the anguished cries of the hundreds of children he preyed upon hound you to the grave.”

Listen to this segment from The Mike Malloy Show here: http://www.voicesinourheads.com/2017/07/13/of-monsters-and-saints/ ‎

What has happened to my country?